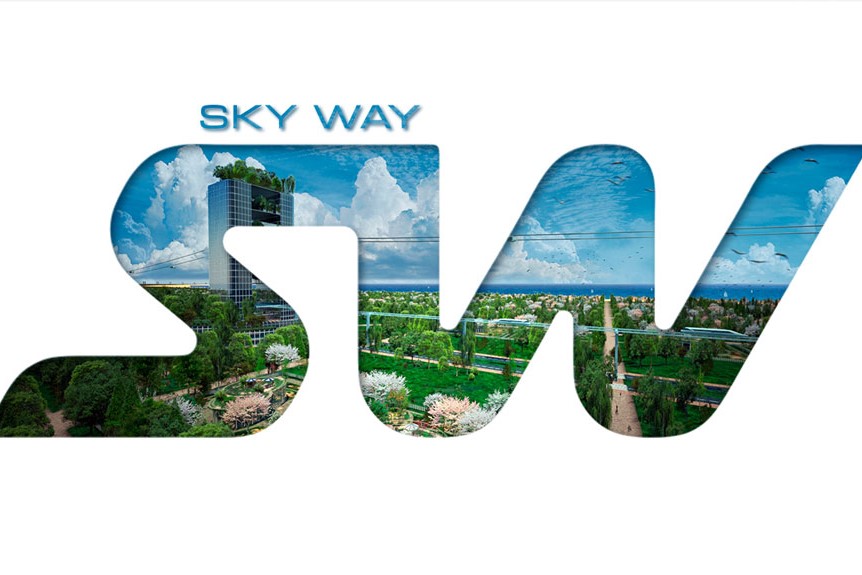 Following the path from origin to the present, the SkyWay project answered most of the questions of skeptics. However, questions and claims remained. It’ll be this way forever. The planes fly, but many continue to say – “the planes are falling.” Man conquered space, but comes to the point that some people say – “this is a myth, the earth is flat.” From a theoretical point of view, these objections may have meaning. With practical – they are insignificant. Today, when SkyWay is already passing the acceptance test of the key elements of the system, the project is ready to answer all the questions. To begin, we picked up some of the most sane criticisms and give answers. As an epigraph, we quote the phrase attributed to D. Swift, one of the wittiest people:

When there is a genius in the world, you can recognize him at least by the fact that all dull heads unite in the struggle against him.

Builded not what you said before. There are no main components of SkyWay technology on experimental tracks in EcoTechnoPark – concrete in rails, strings, rail head, etc., the sagging of the track are too large, the transport is noisy…

On EcoFest, which took place on 1th of July, 2017 in EcoTechnoPark (ETP), there were about 5000 people. Photo and video shooting in the territory of the demonstration and certification center was not forbidden: anyone could consider in detail the elements of the tracks, anchor and intermediate supports, switches and make sure that everything in SkyWay is in place. In addition, the main stages of construction were covered in detail by the information service of the company. All the talk about the absence of concrete and strings inside the rail is not really based on, and is solely the product of the imagination of online commentators.

The sags of the track structure on the section of the super light city route completely correspond to the design characteristics. The string rail has different stiffness parameters depending on the version of its design (flexible, semi-rigid, rigid) and the degree of tension of steel wire strings, as well as the steel casing, which determines the magnitude of the sagging of the track structure. SkyWay experts tested various modes of operation of experimental traces, in which the degree of tension of the strings varied, hence, the magnitude of the sag of the string rail did not remain static, but changed. Now the amount of sag in the string rails on all tested sections of the tracks ensures that the movement of vehicles corresponds to the requirements imposed on the comfort of passenger traffic.

The head of the rail. String rails can be manufactured in different versions, depending on the loads and specific operating conditions, including, as with the steel head welded on its body, and without it. The steel head does not have to look like a separate element of the construction – above all, it is a flat steel surface (plane), on which the steel wheel rests and rolling.

Since for the construction of experimental trails in ETP wear-resistant and high-strength steel grades are used, the installation of an additional weldable steel head at this stage is considered impractical – in addition to appreciation, this will not have any effect. EcoTechnoPark, where the SkyWay routes are built – a test and demonstration center. Loads on the track structure are lower here than in constructions operated in commercial traffic. Transportation here is rare, so the wear and tear of the track structure will be negligible. The cost of installing the rail head as a separate element of string systems in the current stage of development is not appropriate. The primary task is to demonstrate the operability of such systems in which prestressed elements – strings – are trestle, rail, steel ropes inside the rail and, to a certain extent, concrete rail filler.

The noise level of the SkyWay rolling stock is lower than that of such a popular type of public transport as a tram. Work on reducing the “noise” continues, the rolling stock is getting quieter.

SkyWay technology is very similar to Müller’s Airbus, which was built in Germany in the 70s, but did not become popular on the transport services market. If similar technology was not needed, then why does SkyWay count on success?

Indeed, suspended monorail for the transportation of passengers are known for a long time and Anatoly Yunitskiy – not the first one who proposed an overpass type of transport. The transport system of the overpass in Wuppertal was commissioned on 1th of March, 1901. The suspension system of the overpass type ÖPNV-Aerobus by the Swiss engineer Gerhard Müller can be called externally similar to the embodiment of the urban type transport complex of Yunitskiy. However, they are similar only visually (the wheel rolls on the rail, and not the cable): a detailed acquaintance with these systems reveals a number of serious design differences. Yunitskiy maximally improved overpass transport, created the system optimal from the point of view of the laws of physics. From the Mueller system SkyWay is distinguished by at least such characteristics:

The material of the ÖPNV-Aerobus track structure is aluminum alloy (Avial), while SkyWay has steel. This difference is one of the key: steel, in comparison with an aluminum alloy, is a stronger and more flexible material, with a lower coefficient of thermal expansion and a high tensile strength. In addition, the production of steel structures is much cheaper than aluminum.

Muller realized only one version of the track structure – an easy sagging, supported by a rope. Yunitskiy refused this scheme – an easy track structure on spans of up to 5 kilometers will be self-supporting and does not need support on the span. Moreover, Yunitskiy realized 2 more types of rail-string overpass: with a semi-rigid rail and with a rigid rail-string farm, which will ensure speeds of 500 km/h.

Aerodynamics. The wagons of the Müller’s transport system did not have aerodynamic form. This feature initially may seem insignificant, since the rolling stock of the Airbus was moving at speeds up to 40 km/h. However, if we are talking about high-speed transportation (from 150 to 500 km/h in the Yunitskiy system), then it is up to 90% (or more) of energy costs that will be spent on “pushing” the air. The aerodynamic coefficient CX of SkyWay is 7-8 times lower than in the Mueller system. In the same number of times, a unibus with high-speed traffic will require a less powerful engine.

Construction of undercarriage. The use in the SkyWay of a rolling pair “cylindrical steel wheel – flat head of a steel rail” provides several times less rolling resistance and much longer road life than an Müller’s aluminum rail with rail-supported type of wheels on the rail head.

The total material consumption of the Müller system differs noticeably from SkyWay in the larger direction. In addition, the aluminum alloy, of which the elements of the Mueller track structure are made, albeit lighter, but much more expensive in production in comparison with steel.

Construction of the track structure. In the Müller transport system, the rail was suspended from a pre-stressed carrying cable with a diameter of 52 mm, which in turn was suspended on pylons, which is similar to the construction of suspension bridges (one of the most famous is the Golden Gate in San Francisco). In string transport systems, prestressed steel elements (“strings”) are located inside the rail box, which makes it possible to create lightweight and durable structures with significantly lower financial costs for construction and operation.

The difference between Müller’s Airbus and string transport of Yunitskiy is the same fundamental as it is between modern cars and Ford Model T from the beginning of the century: the technologies has gone far ahead, and now the embodiment of the idea of transport of the second level is much better developed and adapted to modern conditions. In fact, the only thing that unites these two transport systems is the idea of moving above the surface of the earth, but practical engineering solutions are completely different.

This is not all the differences, but this is enough to “feel the difference.” As for the lack of demand for such transport systems on the market, the following can be said: Müller’s transport system was ahead in that time and was too innovative, and cities in the 70s not experienced such serious transport problems, so the transport industry relied on the development of habitual and good familiar types of public transport. The volume of production of cars in 2012 compared with 1970 increased by 2.8 times. Accordingly, at the moment transport problems of cities are much more serious than those that were observed in 1975, and in order to make sure, a resident of a large megacity needs only to look one time out the window. Imagine SkyWay systems serving your transport needs, and doubts about the relevance of these systems will disappear by themselves. Time for SkyWay did not come yesterday, it can go away tomorrow, when the teleportation systems are invented. Time for SkyWay – today…

If this does not convince the skeptics and ill-wishers of the differences in the systems of Mueller and Yunitskiy, then let them answer to the question: what distinguishes Zaporozhets from Bugatti – the same 4 round wheels on pneumatic tires, the same round steering wheel, the internal combustion engine, braking system, etc. If differences are found, let us know… We put the ellipsis because it’s not all questions. Information service SkyWay will continue to follow the criticism and in due course will give answers to all sane, substantiated, objections.