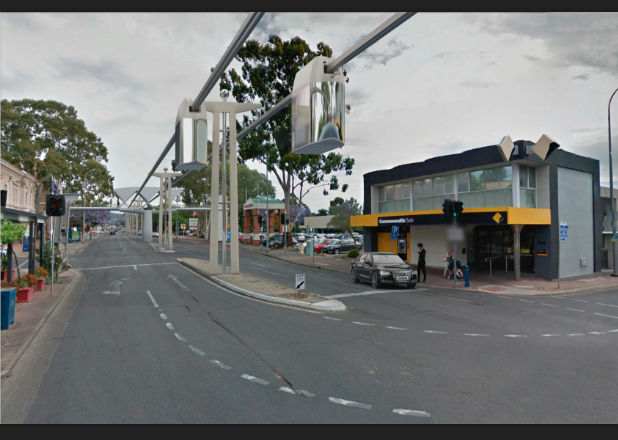 SCROLL DOWN FOR PHOTO GALLERY

“My purpose in releasing these images is to make people aware that it is an option, that it is coming,” Mr Hook told The Advertiser on Tuesday.

“I think it is useful for government and people to understand that.”

Mr Hook has proposed the Sky Way as a realistic alternative to plans to extend Adelaide’s tram network.

“No one has been a bigger advocate for tram lines and extensions than I have been,’’ Mr Hook has previously said.

“But we are still running on 100-year-old technology with steel wheels on steel tracks on the ground.’’

The driverless trains sit 5.5m above ground and can travel at 100km/h in urban areas.

In a message posted on LinkedIn, Mr Hook said plans to build a Sky Way in Adelaide were progressing.

“I can also advise that the Flinders University is considering the opportunity to develop a hub at the bottom end near Flinders Medical Centre and the proposed new train station, and Sky Way is working with the University to explore this opportunity,” he wrote.

“Essentially the Sky Way platform could become a central element of this university building and we have the option of locating the platform in the upper levels of the building. ”