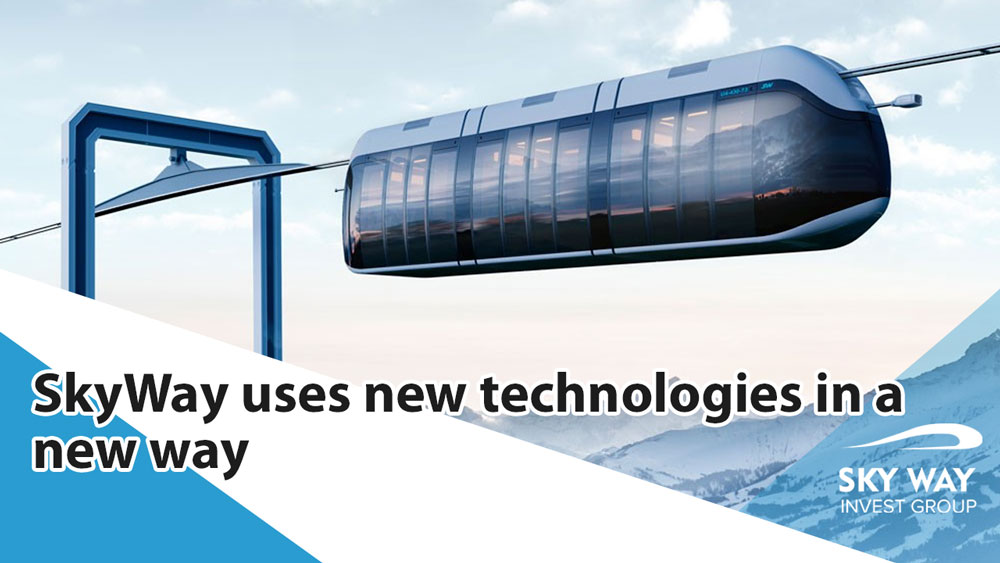 A lot of men in business suits use the services of the Berlin underground to get to the xhibition InnoTrans 2018 in Messe, Berlin. In the hours before the opening it is not possible to get on the train. So in practice, the trend is sounded at the opening ceremony to a mass transition to the use of public transport and the abandonment of personal cars. These people are engineers, marketers, designers in the field of transport from around the world. They came to share their vision of the future and get to know how others represent it. Giants like Siemens, Hitachi and Alstom, demonstrate the best of what they have created, and look at the innovations of the competitors. Today it is not just about trains and railways anymore. Everyone here aspires to offer the widest possible range of services, including management systems, data collection and analysis, various additional accounting, control and optimization services, as well as services that solve the problem of the last mile, and much more. They are speaking about intermodality, digitization, automatization and customer-oriented approach. These concepts set the real vector of development of the industry, finding its skeleton and flesh in the expositions presented at InnoTrans companies. General trends, achieved results and perspective directions – the topic of this publication.

The exhibition is very big, so it will not be possible to see it well in a day or two. We have started with a street exposition where existing samples of top-end trains and wagons are installed on rails, as well as pavilion stands of the giants of the industry. The overall impression of what was seen on the street is the development and improvement in every detail of the car and the wagon, the integration of everything that can only be integrated from modern technologies into anything that can only move along the rails.

All or almost all passenger carriages and trains presented at the exhibition have a low floor to facilitate passenger landing, including people with limited mobility.

Despite the almost 30-degree heat outside, inside is cool, thanks to modern air conditioning systems. Transport is equipped with surveillance cameras, there is a socket for connecting a laptop or smartphone, a usb-connector and various systems for informing the passenger about the most important parameters of travel.

In most of the trains there is wi-fi, there are baby changing tables, special areas for wheelchairs, etc.

The baby changing table in the toilet is a necessary thing, which increases the mobility of young mothers, usually somewhat limited in this sense.

In Europe is given a great attention to a bike riding. According to many experts, this transport is a big part of the future and gives great opportunities for solving many problems. Popularity is acquired by hybrid bicycles with an electric motor. For them, the charging stations will be offered on trains.

In addition, almost everywhere you can hear or read about increased energy efficiency, reduced weight and noise, modularity and flexibility of the layout. Manufacturers of transport do everything to make the passenger feel comfortable.

Exhibition InnoTrans 2018, proves that the digitalization of transport – not an intention, but a fact, a direction in which a lot of work has been done. Systems for calculating the parameters of optimization of transport systems, financial management, collection, processing and analysis of large amounts of data, algorithms for situational adaptation of systems – all of this has already been implemented in existing systems.

Transport manufacturers try to take into account every detail: if you live near the station and it is convenient to get on a bicycle – then we do a special section for a pedal transport in the wagon; if the destination is far from the point of arrival of the train – we offer you a special electric vehicle that you can rent out at the station and it will take you where you want it. Even more: if you love rock and not pop music – we will take this into account so that in your mobile device connected to our wi-fi, you are offered only what you like – like in a cafe where the barman has known you for a long time and in course of all the preferences of his client.

Work with Big Data is delivered to Siemens in a wide way. To our question about whether they represent the concept or the operating system, we were told that the exhibition shows a 100% working version

With Big Data work all major players. Everyone will have his own proposal, which amounts to the fact that if you buy, for example, a system from Siemens, then you can buy all the other stuff immediately from the same manufacturer. Logic is a transport service from A to Z, maintenance and comfort for the client from the point of departure to the point of arrival.

A mobile application that bring all types of public transport to a single system.

Autonomous electric vehicle from Siemens, as a variant of transport “from station to station”.

The bike scoring system to solve the problem of the last mile is presented by Siemens.

The interest of corporations in providing the widest possible range of services is understandable. They will enter the market with a large and interconnected set of products, from rolling stock to adaptive logistics systems, capable of changing the schedule and traffic intensity in situ, depending on the load of the line. Such systems will allow the passenger to orient himself in the situation as much as possible, up to informing about the preferred place on the platform taking into account the congestion of the cars, and the location along the way of points of interest (shops, cafes, cultural centers, etc.), in relation to the individual preferences of the transport user. However, it is obvious, including for the mainstream concern itself, that they must cooperate with each other and other mobility providers to improve the quality of transport services. This is also much talked about. The companies are principally open to interaction and are constantly searching for new solutions that are especially relevant given the active request for the means of a trans-communication collaboration – systems that can effectively fill the niches that arise in the process of a global integration. SkyWay can be referred to such systems at the initial stages of integration.

The vehicle shown on the InnoTrans 2018 is something fundamentally new in the world of the rail transport. It can accelerate up to 500 kilometers per hour, while using only 0.93 kilograms of fuel per passenger per 100 kilometers, which is unprecedentedly little. At a speed of 100 km / h this figure will be only 0,105 kg. This is achieved thanks to the high efficiency of the “steel wheel – steel rail” system, as well as the fact that the vehicle is moving along the trestle. Due to this, and also due to the unique form of the vehicle, the developers managed to achieve the Cx = 0.06, which is close to the theoretical limit. Management of high-speed SkyWay is fully automatic, due to which it is possible to provide a minimum safe interval of movement of 2 seconds. Performance at such parameters can exceed 200 thousand passengers a day. The fare due to high efficiency can be several times lower than on modern high-speed roads, not to mention airplanes.

The stand of SkyWay differs from everything that we have managed to see at the exhibition. While the others are busy optimizing various nodes of well-known vehicles, a fundamentally new solution is presented here. But, on the other hand, SkyWay preaches the same values as other exhibitors. Intermodality, digitalization, automatization and customer-oriented approach are prescribed in the philosophy of the string transport from the very beginning. SkyWay, like other companies, offers not just rolling stock or roads, but the whole range of services that allow to accompany the passenger from the point of departure to the point of arrival with a maximum comfort. In this respect, the technology looks even more preferable, since both the configuration of SkyWay systems allows us to approach the form of mobility that is both personal, affordable and environmentally friendly. Here the curse of infrastructural giants is falling, again and again making an attempt to make public transport, by definition suggesting some limitations of personal space, most comfortable for everyone. SkyWay can go the simplest way, offering personal transport at a public price.

The use of blockchain technologies, work with Big Data, the creation of automatic control systems for complexes with the ability to adapt the schedule for the volume of passenger traffic, innovative developments in infrastructure construction, the creation of additional services for people with mobility limitations, etc. demonstrate the systematic approach of SkyWay and are aimed at the processes of transformation of the local and global transport system in a full swing.

InnoTrans exhibition is gaining its momentum. Stands and pavilions are the environment for communication of professionals, the exchange of experience and the search for joint solutions. The SkyWay engineers get acquainted with colleagues from the world of large transport and they get acquainted with us. High-speed and other SkyWay solutions were noted and carefully studied by representatives of all major companies participating in InnoTrans. They highly appreciate the potential of the technology, noting that SkyWay has no analogues in terms of the breadth of areas of possible application, as well as the flexibility of the approach that is so important today. High-speed personal transit, urban public transport in communication systems between existing logistics nodes, communication with the suburbs, creation of channels for the transportation of passengers and cargo over water obstacles and in mountainous areas, port container transportations and much more. The communication is very active. The team of engineers and managers who arrived at the exhibition, led by general designer SkyWay Anatoly Yunitskiy, held dozens of meetings and negotiations. And, already traditionally, our exhibition site is among the most visited.