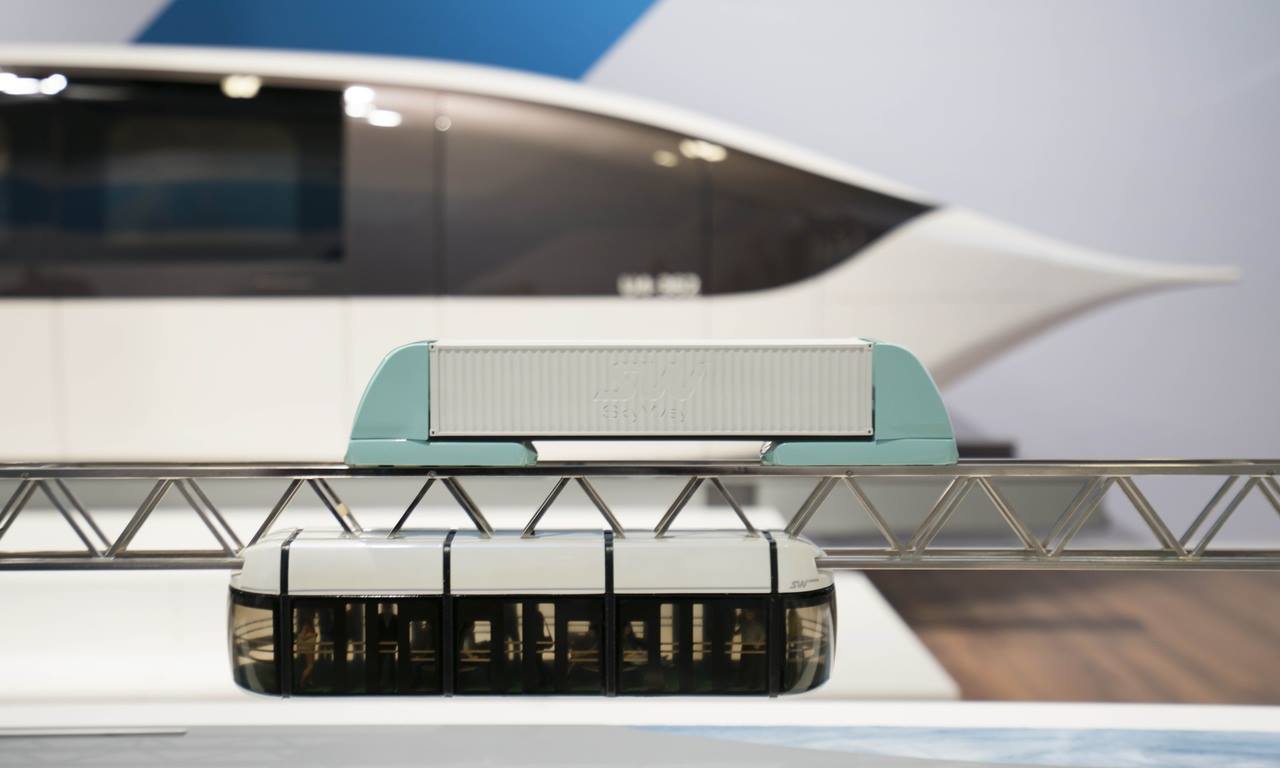 Futuristic concepts hardly differ from each other. At first sight.

Is there any other mystery in the way the transport of the future will look like? It seems that almost all players of this market have already decided for themselves how it will look like – this can be judged by the numerous visionary presentations published by major transport manufacturers and promising newcomers of the sector. The common features in them are shifting away from the concept of personal transport and a wide introduction of various sharing models, the use of electric motors and the orientation towards environmental friendliness, the spread of artificial intelligence in management and digitization of all processes in the transport infrastructure – from travel fare to freight haulage logistics.

However, with such a significant similarity, there are also serious differences between the approaches, which ultimately can play a pivotal role.

Exit from the plane

There will be no more free space on the roads, and very soon. Everyone understands it, and one of the ways that are offered in futuristic concepts is the transfer of traffic outside of city streets. The place is available in two directions: up and down, and the technical capabilities of mankind are such that mastering any of these directions does not seem fantastic any longer.

Flying taxis, courier drones, light aviation – this is one of the main cinematographic clichés about the future, and today it ceases to be just a cliché. Airbus, Uber and many other companies are actively developing this trend. For example, Ilon Mask’s Boring Company is digging down. Their idea is to make the technology of building underground roads as simple and cheap as the technology of building conventional roads. Time will tell, which of the options is more viable. It may well turn up that the transport infrastructure will begin to grow in all directions at once, and “mole”- companies will not compete with “bird”- companies.

A personal car is comfortable, but inefficient. Public transport is efficient, but not comfortable. Buses and trains win in terms of sustainable development, but you will not reach your home door and you will not go to a picnic by bus. The problem of choosing the future transport format is still relevant, and new, unusual form factors may appear.

For example, the boom of electric cars and the development of the sharing system increase the chances of future survival of the car-format personal transport. In addition, there also appear “ultra-small” vehicles designed to solve the “last mile” problem – for example, electric scooters. Although, such novelties are often perceived negatively, they can evolve from amusing toys into a real alternative to the conventional urban modes of transport with the development of technology.

A large format is represented mainly by public transport. All kinds of PRT systems, magnetic-levitation trains and other modes of transport for the transportation of a large number of people are being built around the entire world; they are developing in countries with rapidly growing population especially actively. For example, the Chinese transport giant CRRC has recently presented a lightweight, energy efficient version of the rolling stock, and the French company Alstom has launched the world’s first hydrogen fuel train for operation in Germany.

Everything and at once

Today some companies offer entire transport systems as a concept for the future – for example, the Urbanetic from the company Mercedes is among them. The German auto group has recently and rather shyly offered its vision of transport, which includes all the trends: automatic control, electric power supply, sharing and much more.

The peculiarity of the Mercedes approach is customized vehicles, which can be both passenger and cargo types. The company proposes to apply plug-in modules on electric carts (pods), which will move around the city under AI control. There are also more comprehensive approaches from young companies that hope not to find a niche in the existing market, but to create their own new market.

One of such companies is SkyWay Technologies Co. from Belarus. SkyWay offers to create a completely new transport system that will be more efficient, eco-friendly and less costly than existing motor-roads and railways. SkyWay tracks are strong and lightweight overpasses capable to withstand both a significant weight of freight transport and high loads from the movement of high-speed transport.

To date, the company has moved up far enough in its work. Unlike Mercedes, which do not yet call their vision a concept, SkyWay Technologies Co. has already three tested and certified vehicles, a proven infrastructure and potential customers from the countries friendly to high-tech.

SkyWay Technologies Co. has recently presented another most important element of its transport concept. At the exhibition InnoTrans 2018 in Berlin, a high-speed SkyWay transport was presented to the public, which, according to the developers, is capable of speeding up to 500 kilometers per hour.

These figures will be a record for a minor high-speed wheeled vehicle. In combination with urban and commercial cargo vehicles, the high-speed transport will create an integrated system that would be able to replace existing modes of transport.

SkyWay Technologies Co. plans to add forevacuum transport to its model lineup in the future. This technology is still quite difficult to implement, but eventually SkyWay will be able to use it efficiently and safely raising travel speed up to 1,000 kilometers per hour or more.